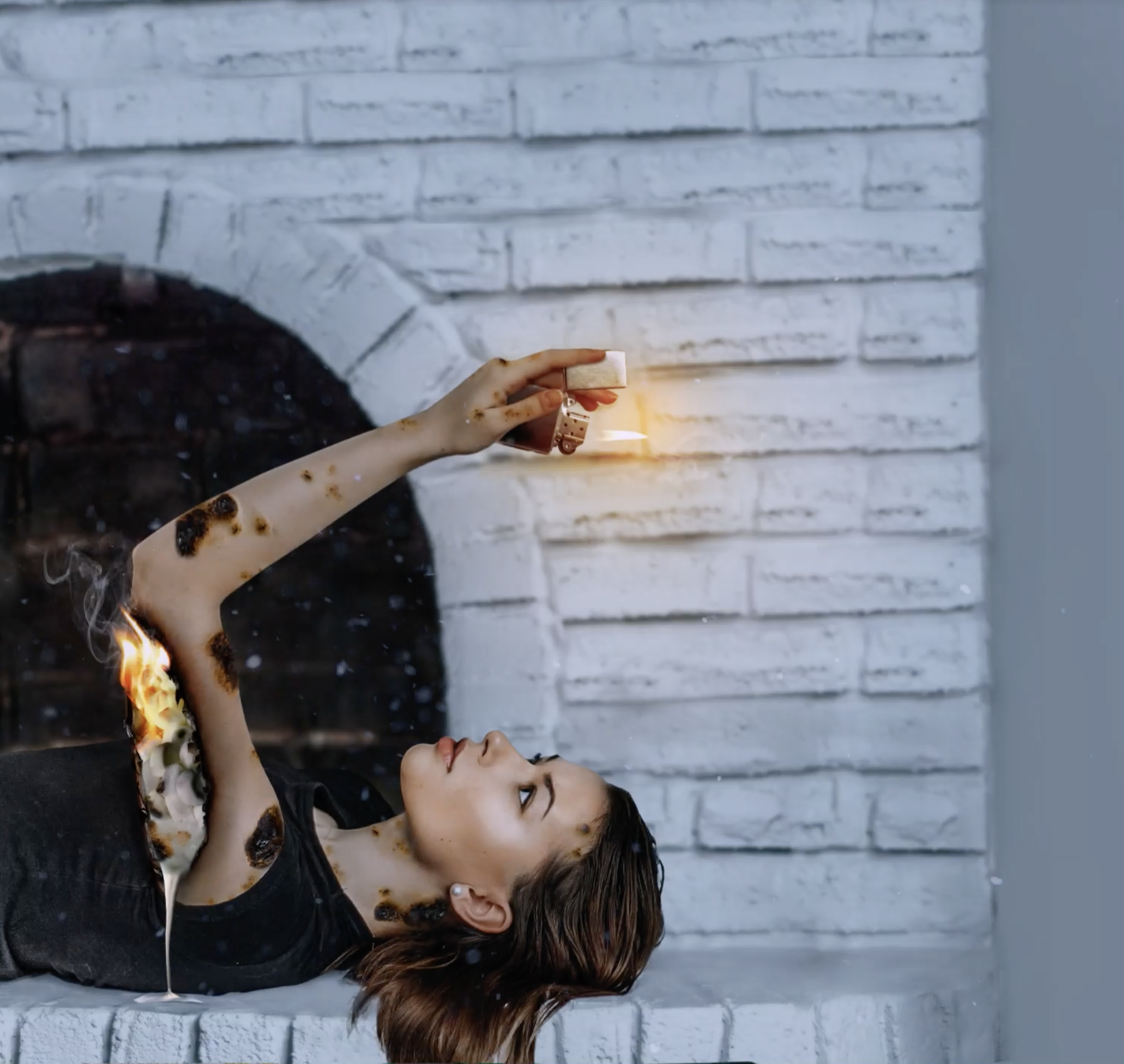 For this image animation, I wanted to capture the lyrics of "Chasing" by NF featuring Mikayla Sippel, describing a state of depression, hopelessness, and self-resentment.  This photo composite depicts an emotionless woman who attempts to harden her own soft marshmallow interior by forcefully burning it with a lighter, but instead melts and burns her internal softness and smolders her skin. Using motion, I wanted to capture the disconcerting numb feeling of depression through parallax and an unsettlingly slow camera movement. I also wanted to visually represent the somber tone with a dark blue overall coloring, slow evaporating dusk specks, and inky gradient maps.