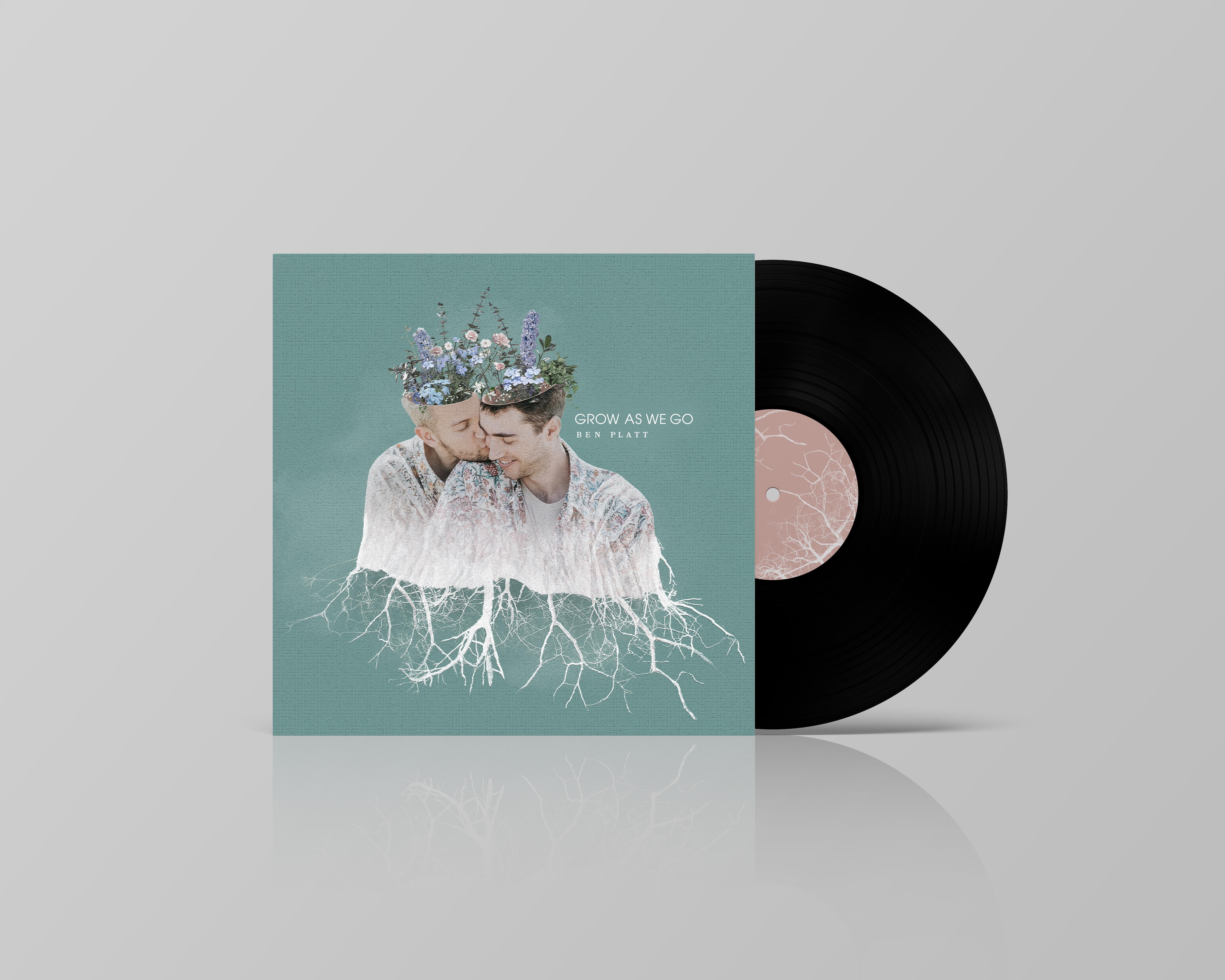 I was tasked with designing and producing a vinyl album for a ​new ​release. I was able to choose my own musician or band (real or fictional), but the album title, song list, and artwork must be completely new and original.

'Grow as we go,' by Ben Platt, is a love song that speaks to not needing to separate from a partner in order to grow individually as a person. To attempt to emulate this concept, I wanted to represent two separate but devoted individuals visibly growing, while having their independent progress merging and creating a beautiful combination of flourish. It was important for me to make the individuals displayed members of the LGBTQ community, not only for the opportunity for representation, but also since the artist himself identifies as a gay man. I ultimately chose to demonstrate this concept with a snuggling couple, with a compilation of flowers growing out from their heads and merging into one another. I chose a lighter pastel color pallet with pale blues and pinks to mimic the romantic and comforting mood of the song. 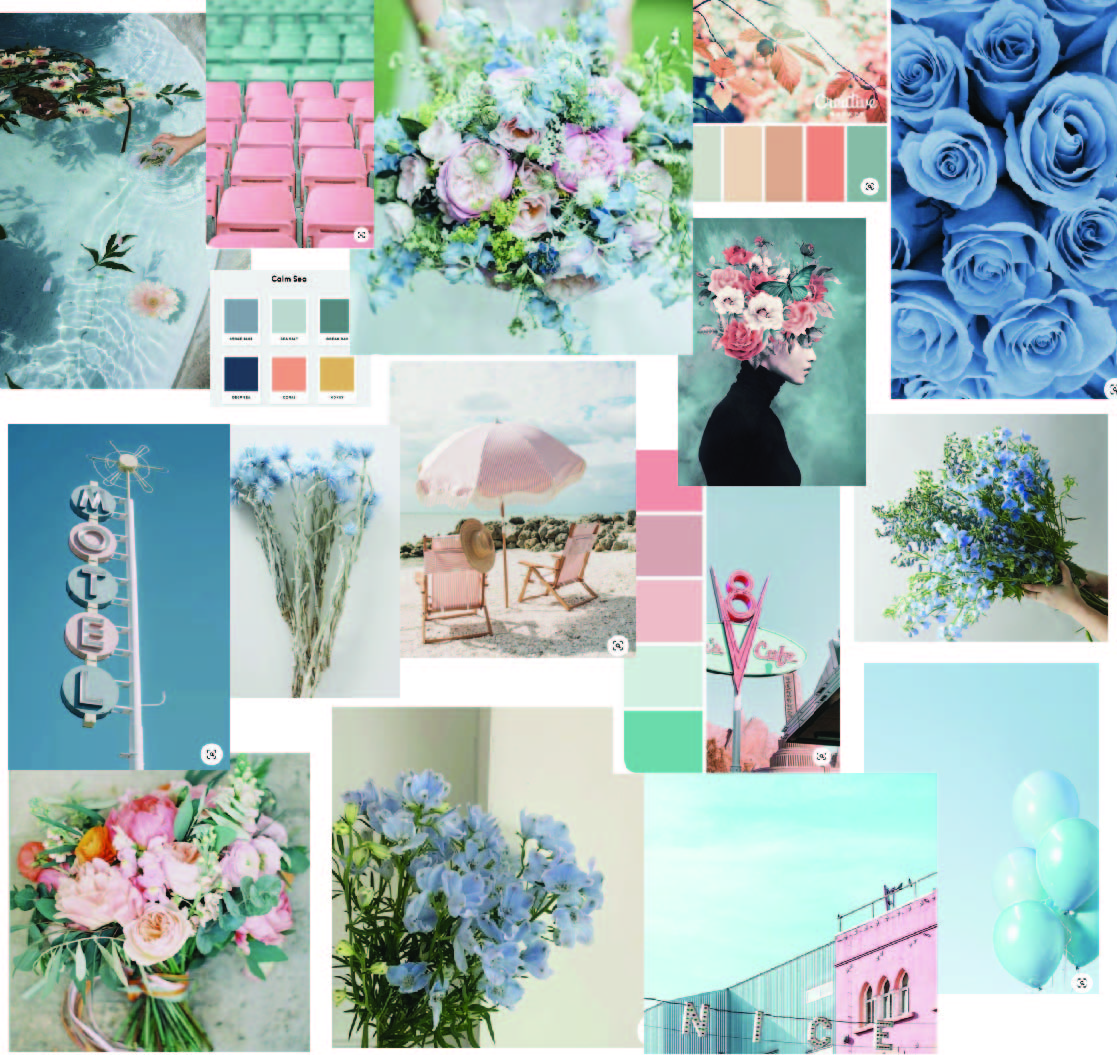 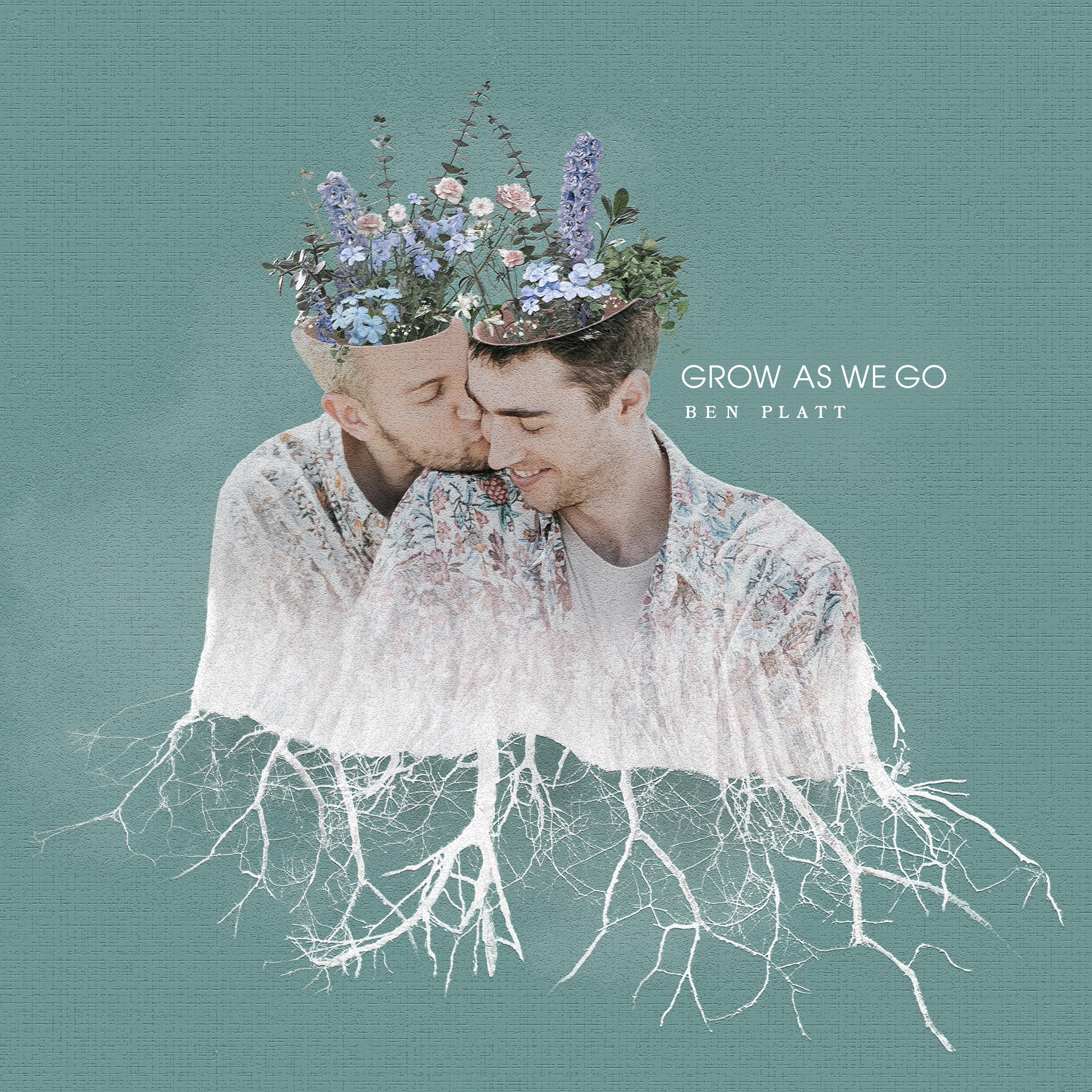 LIFE IN
THE PNW